The center said that the guidelines for making Aarogya Setu App Mandatory For Air Travel have been amended and are of a consultative nature.  Aarogya Setu App is not mandatory for air or rail travel, the Center tells Karnataka High Court 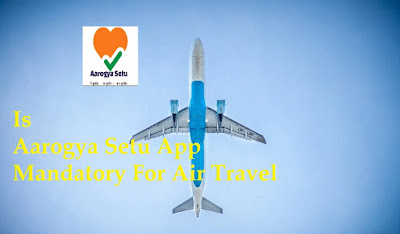 Under the direct law, the Center on Friday informed the Karnataka High Court that anyone wishing to travel by train or plane does not have to download the Aarogya Setu App, which detects contact on their mobile phone. Instead, passengers can fill out self-declaration forms to travel.

The statement was made during the hearing of a petition filed by cyber activist Anwar Around, who claimed that the Aarogya Setu App Protocol violates the citizen's right to privacy. Arvind claimed that there was no law to use the application.

The Center told a division bench comprising Chief Justice Abhay Srinivasan Oka and Justice ES Indresh that the guidelines for making the app mandatory for travelers have been amended and are of a consultative nature. It added, "Even if a passenger wants to travel by air and has not downloaded the Aarogya Setu App application, he or she can travel by filing a self-declaration as provided." "Therefore, it is not necessary for a citizen to provide proof of downloading the Aarogya Setu App application as a condition of air travel."

According to The Hindu, the petitioner also claimed that in many other democracies, which have similar apps to detect the contact of people who tested positive for the virus, the action was voluntary. What's more, most of these apps used Bluetooth, not the user's location.

The Aarogya Setu App is meant to alert users if they have come in contact with a Covid 19 patient and what action they need to take if that happens. However, cybersecurity experts have expressed concern that it could violate consumer privacy and become a surveillance tool in the hands of the government.

On May 1, the Union Home Ministry ordered employees of private and public sector entities to download the app, and heads of private organizations were held accountable for non-compliance. It has also made 100% coverage of the Aarogya Setu App mandatory in areas under control.

These instructions were sent by the National Executive Committee set up under the National Disaster Management Act.